Previous Next
Jaybee Calypso – A TRIBUTE

It was 6 years almost to the day between Calypso coming into our lives and his official retirement from top level eventing with Sam at the Aus3DE in 2019. Calypso was purchased from Alexandra Townsend when he was 11 years old and Sam had just turned 15. We saw him advertised and thought he would totally fit the bill for what we wanted, except for the price tag. Regardless of this we went to have a look and Alex was simply fabulous, she saw it was a great fit too, and so we paid what we could up front, with a verbal agreement to pay the remainder over a 10 month period. Yep, she handed him over, papers and all, no written contract and home he came! True to our word, we paid him off as promised and in that time already he had totally stolen our hearts and the strong relationship with Sam was forged.

Calypso quickly established himself as the king of the property. We learnt that it was totally beyond his belief that other horses would get attention or be ridden and not him, so we learnt in those early days to bring him in even if it was his day off. He also made it clear if horses were going out not to leave him behind, and of course he was only happy in the paddock smack bang in the middle of the property where he could oversee all things and reign supreme over all other horses.

Despite his royal status at home, Calypso had to tolerate life with a teenager, and that involved being a part of our local Macclesfield Pony Club Inc. This was a valued and happy part of Sam’s life so Calypso took it on the chin, but it was surely something this well-travelled horse had not experienced before!

2014 was the first year Sam and Calypso went out in competition and in that year they qualified, competed and placed at Pony Club State Championships and Interschool State and National Championships, a great start for sure! During their second year together Sam and Calypso really hit their straps, winning the Pony Club Grade 1 State Champion, National Interschool Champion in 1 star eventing and Reserve Champion Advanced dressage, with Sam also taking out the Victorian Young Eventing Rider of the Year too! In 2016 Sam and Calypso went up to 2 star (now 3 star), and achieved MERs at that level to qualify for Melb3DE, where they led after dressage, but the rails began to fall off (literally) in showjumping. Never Calypso’s favourite phase, we spent many months and years after this trying new showjumping training techniques, bits, methods, you named it we tried it!! To redeem himself later that year Sam and Calypso did some casual dressage whilst Sam finished his final VCE exams and they managed to become National Interschool Small Tour Champions along the way!

2017 proved to be a tough year for Calypso, with a loss of confidence cross country seeing him go back to 1star level on and off in the first half of the year, then we made a decision to consolidate and see the season out at 1 star, a decision which paid off when he came back even better to 2star in 2018. Once again he led the field after dressage at Melbourne and again the rails dropped – he certainly kept Sam humble and resilient! He also gave Sam his first Adelaide experience at the Aus3DE that year – despite the disappointing end result the experience was such a thrill! This year Calypso and Sam made their 4star debut and certainly held their own in the dressage and cross country.

I am pretty sure Calypso carried the whole crowd on his back when he was showjumping – the sighs and groans from all of us were clearly audible, but what he has given Sam far outweighs this, and we hoped for nothing more than to retire this superstar when the time was right and while he was still fit and healthy. In the middle of this year after his break we felt that time was getting close, so Sam hatched the plan to fulfil his dream of riding the 4 star course at Adelaide on his beloved Calypso but withdraw before the showjumping and call it a day there. Calypso rose to this challenge in his superb manner and as a consequence there was a lot of blubbering on our behalf in the cross country cool-down that day!

I will be so sad not to see Sam and Calypso flying around cross country again, and I will dearly miss his elegant presence in the dressage ring too! But what he has given to us and Sam is immeasurable and we have so much to be grateful for. We are not horse collectors and have never been able to afford to hold on to retirees, but Mark and I agree Calypso will always have a paddock with us, he is a true gentleman. 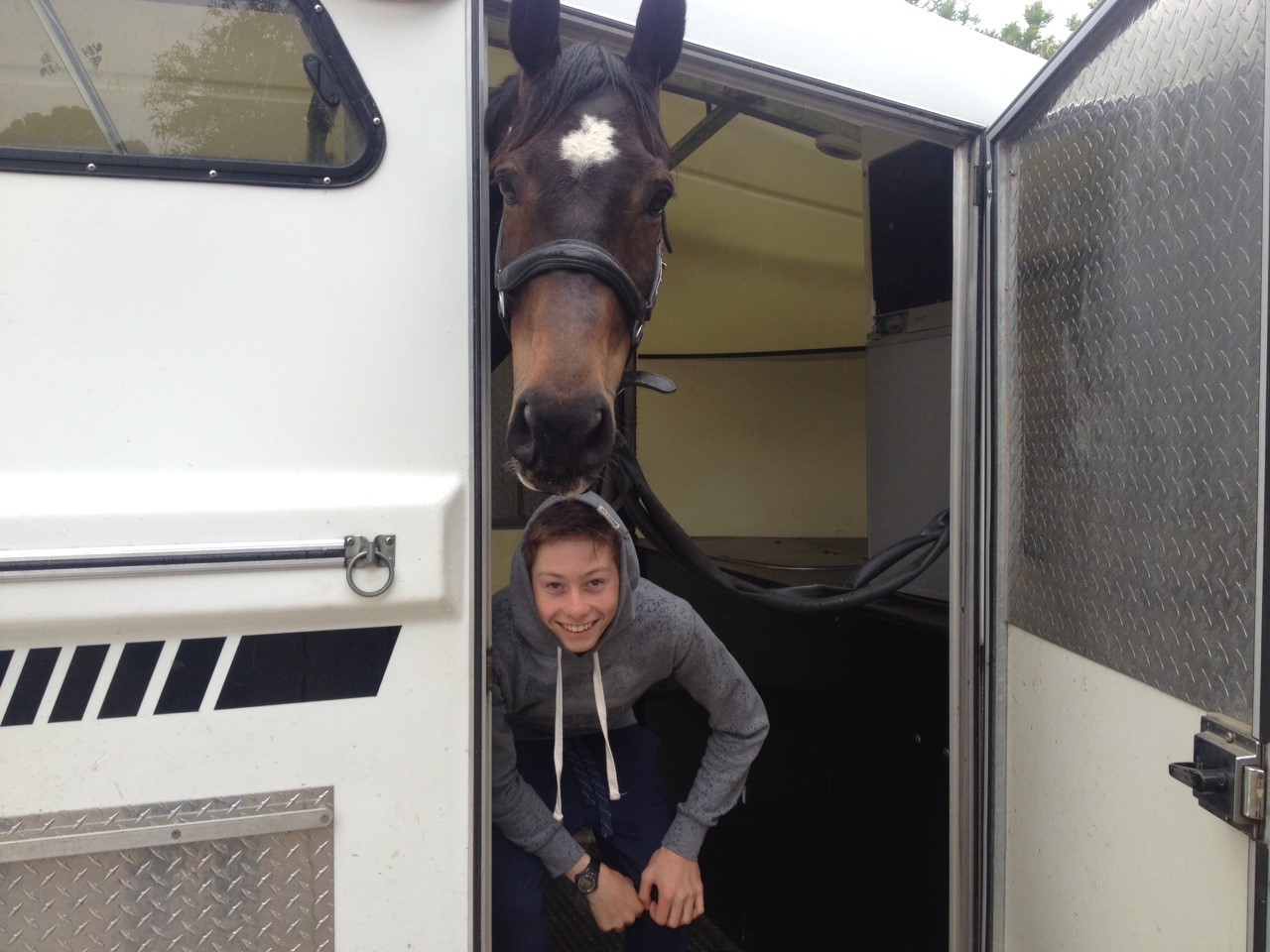 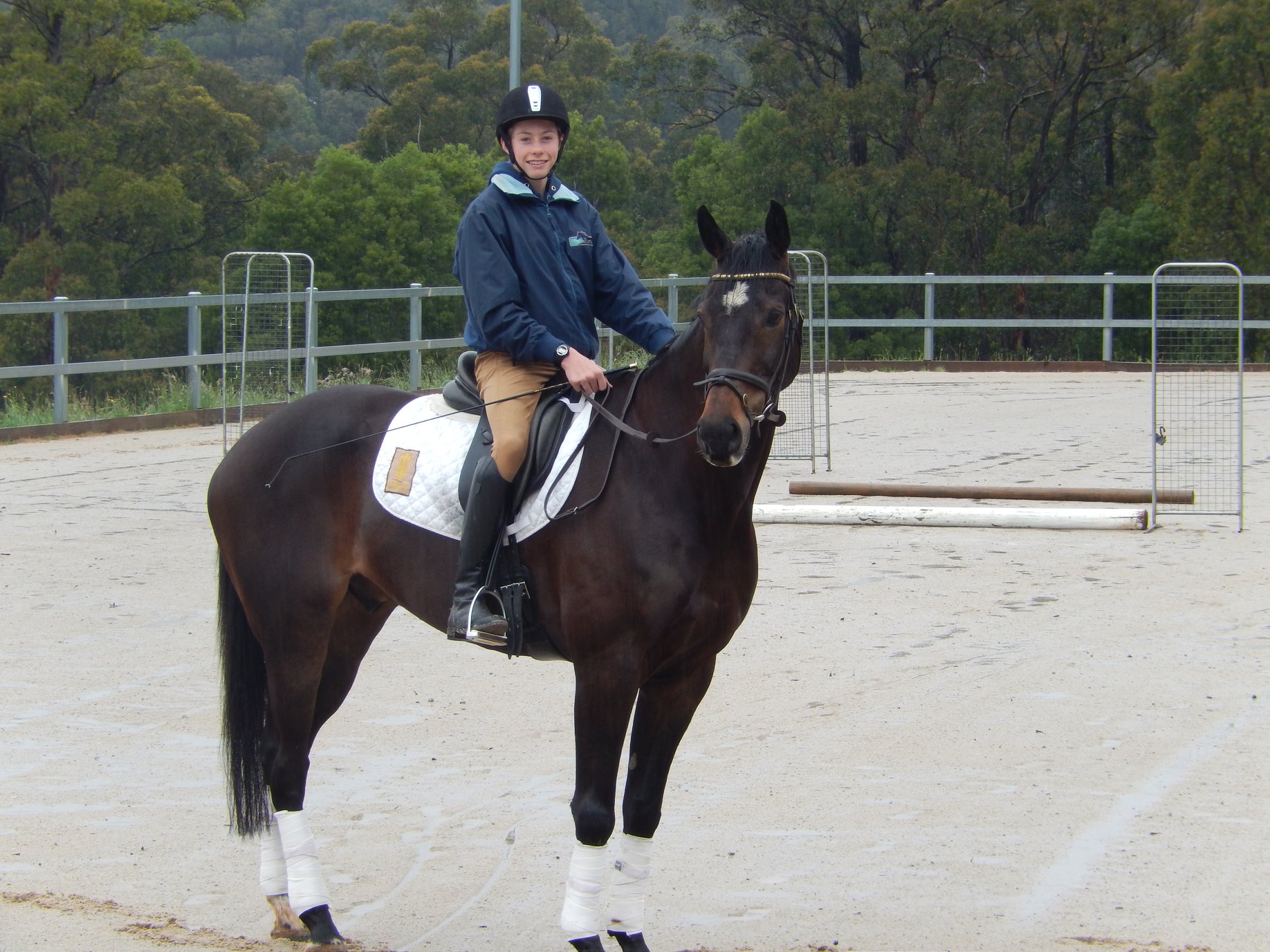 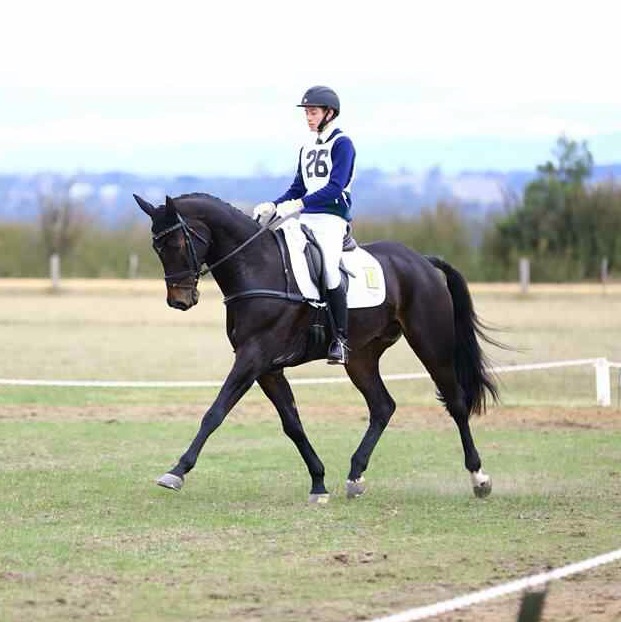 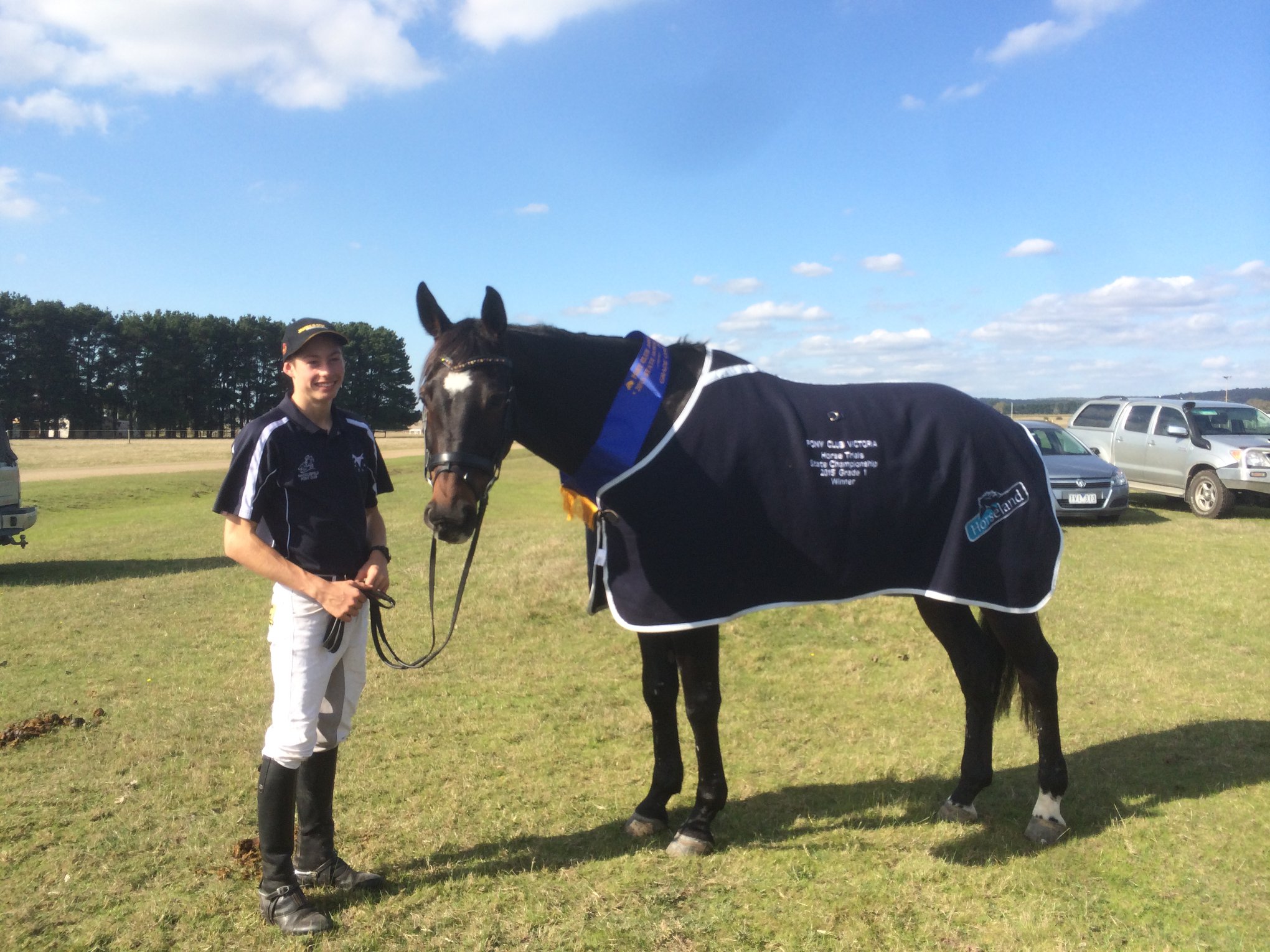 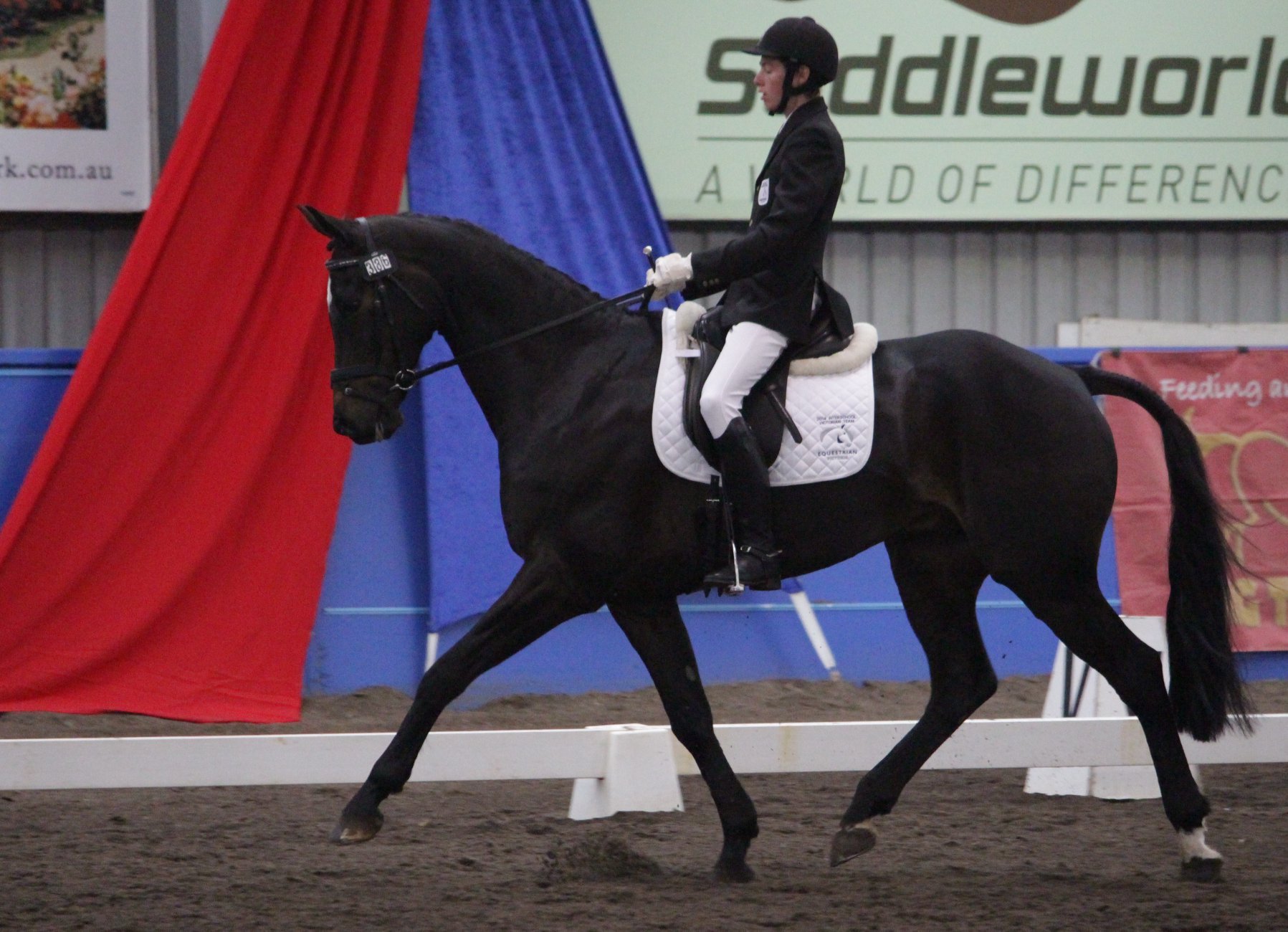 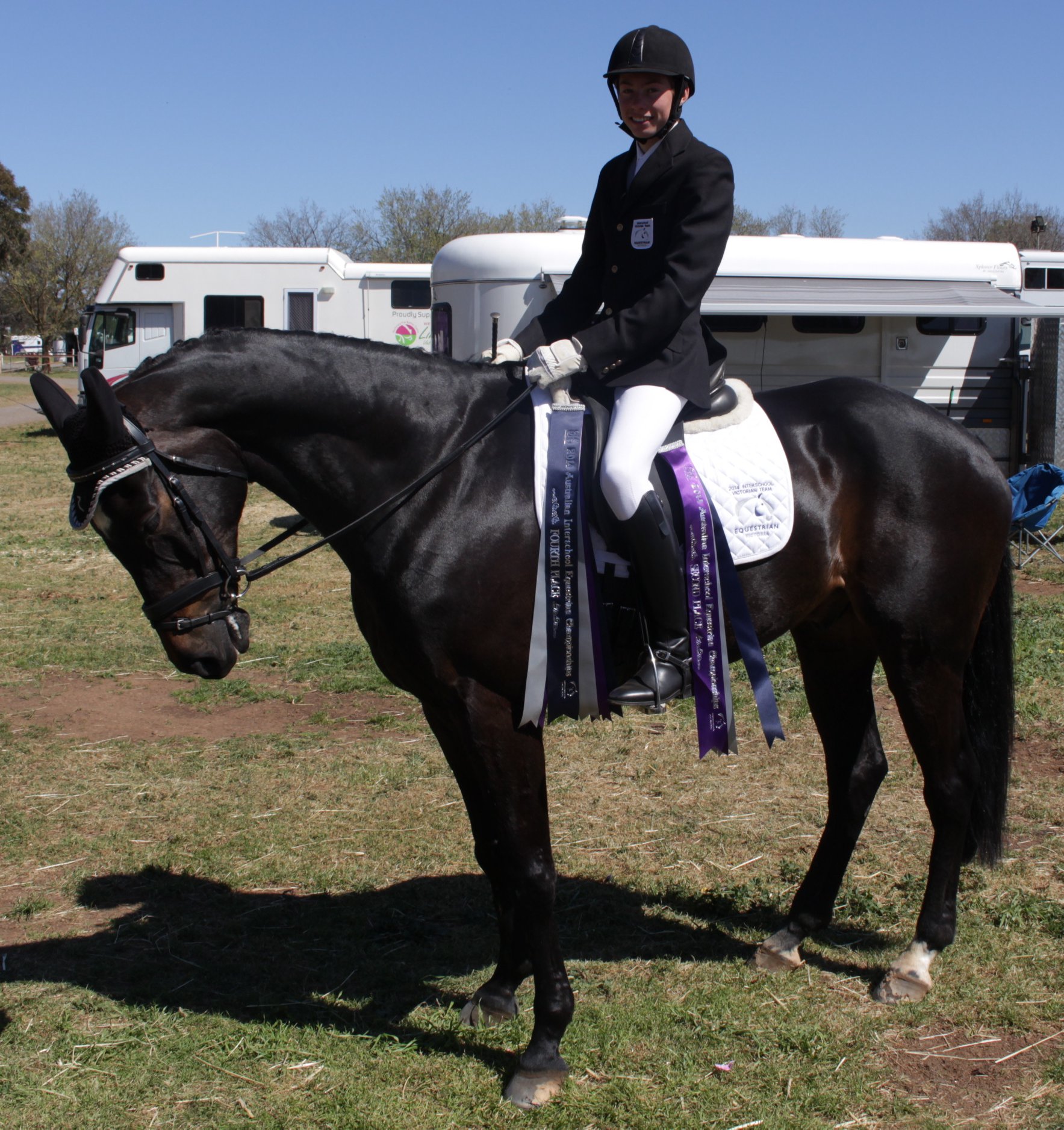 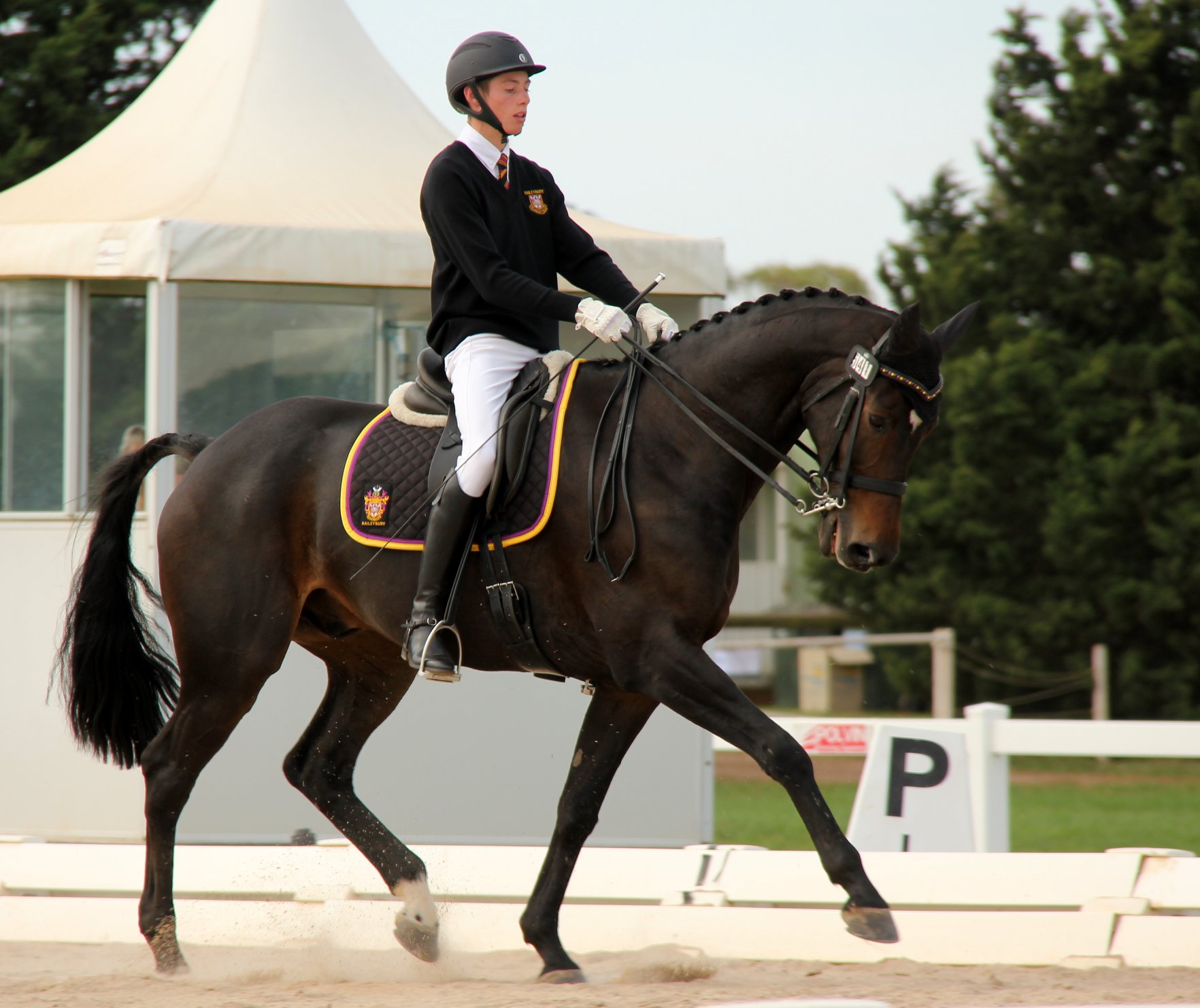 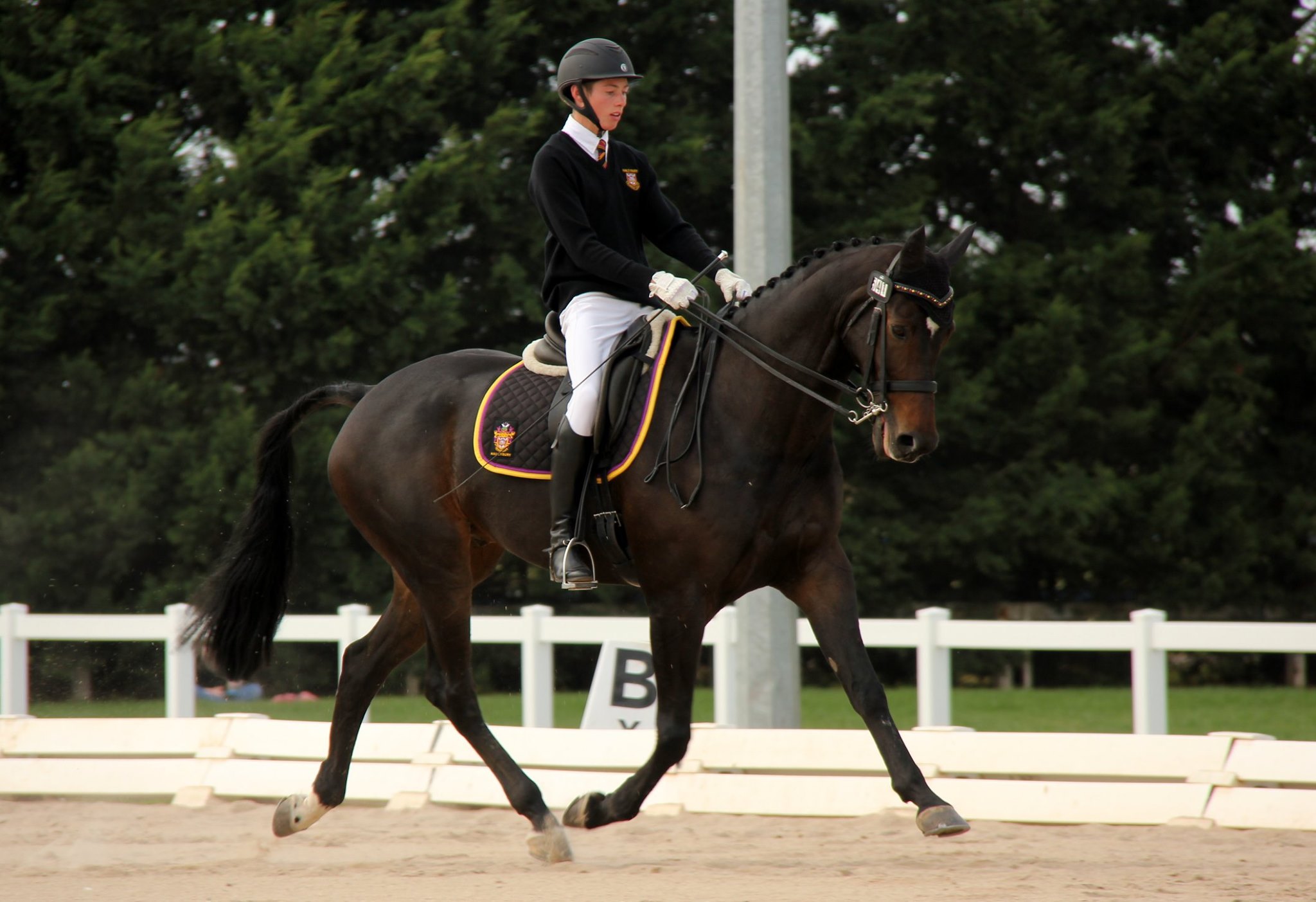 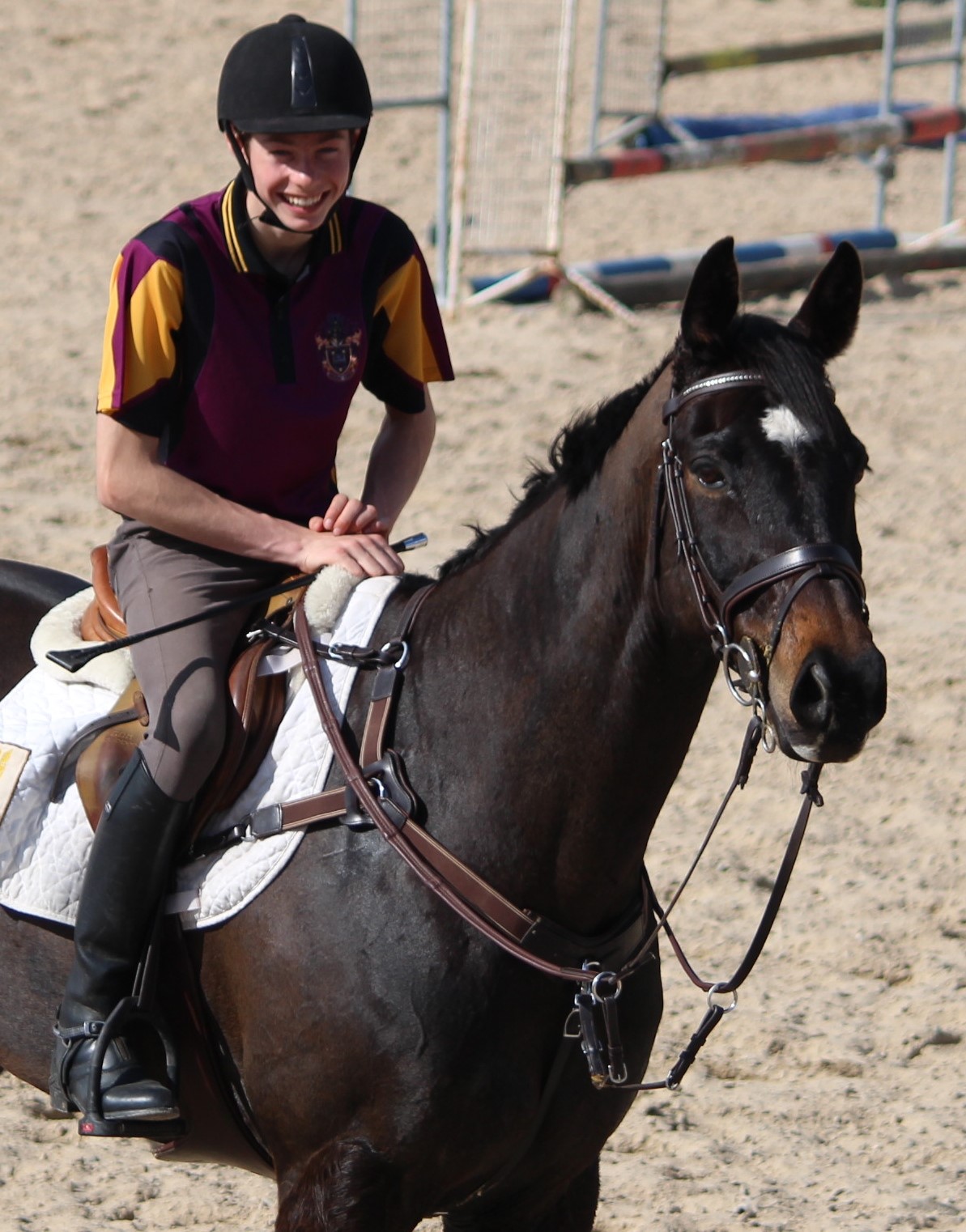 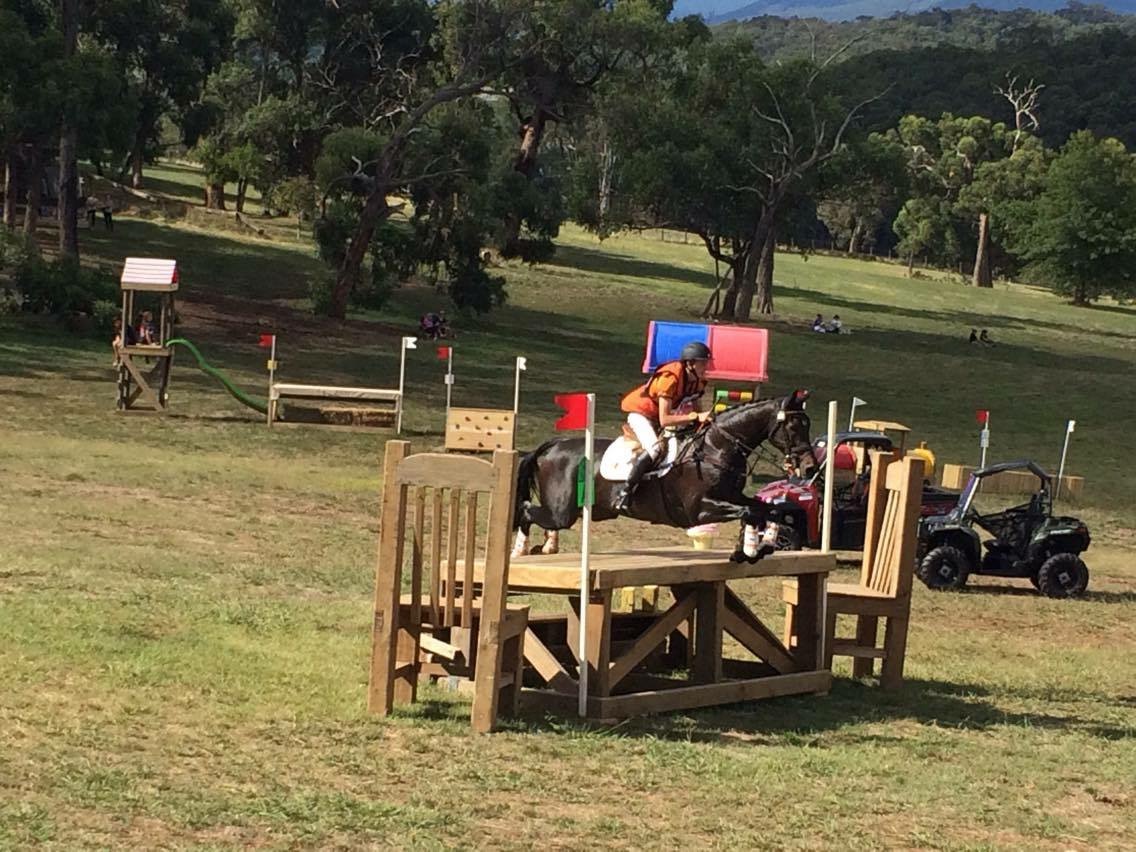 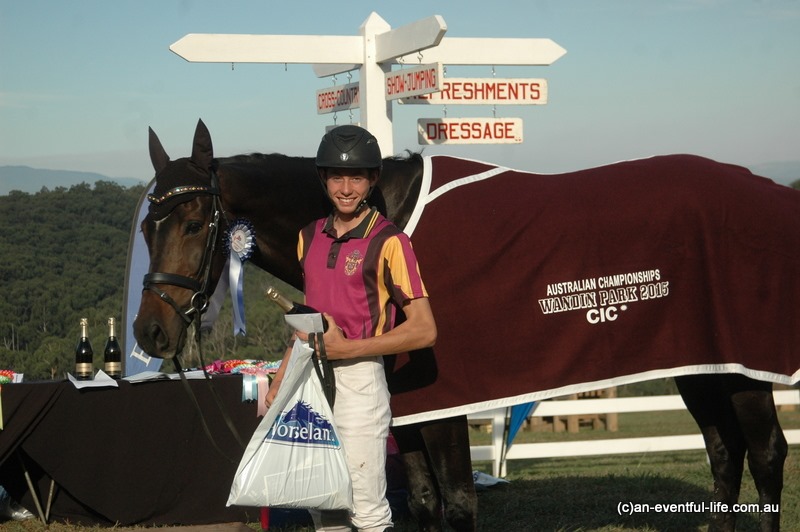 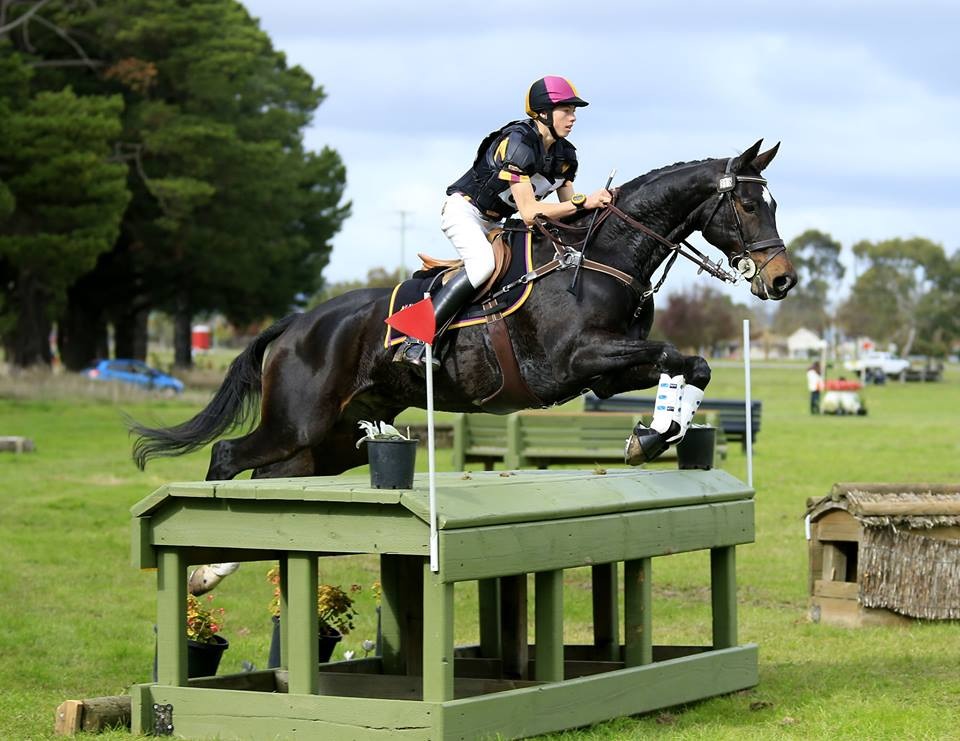 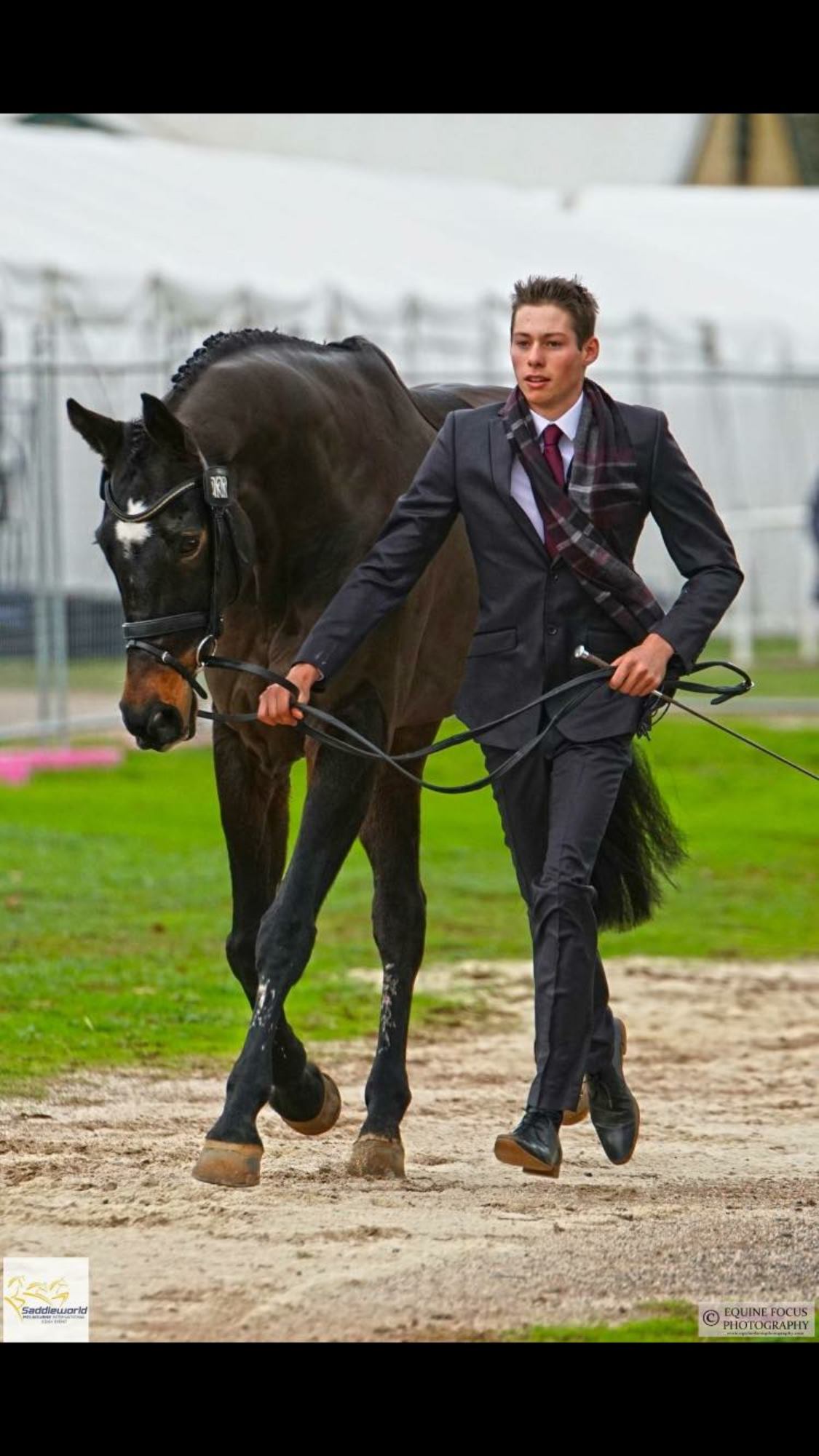 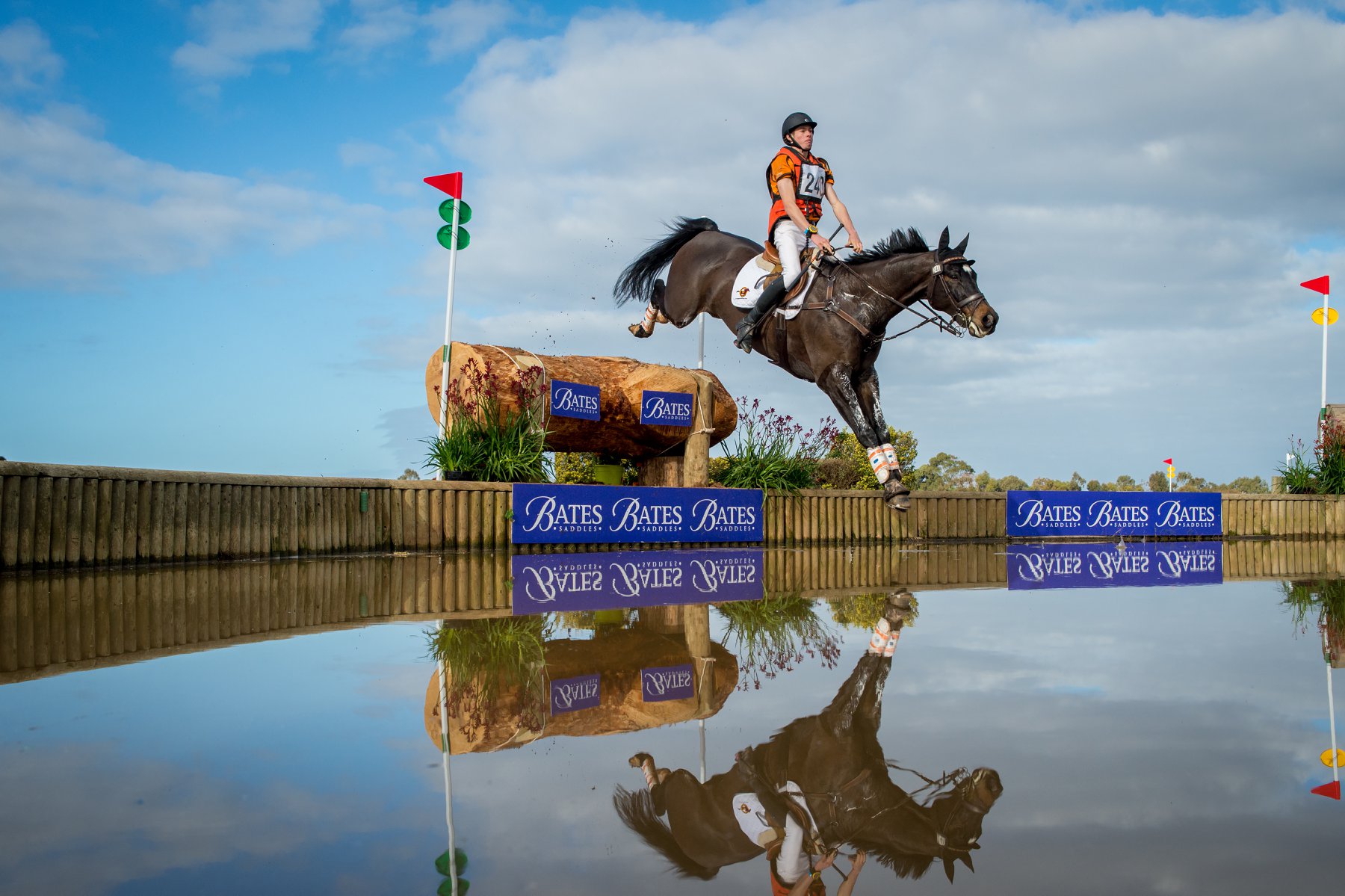 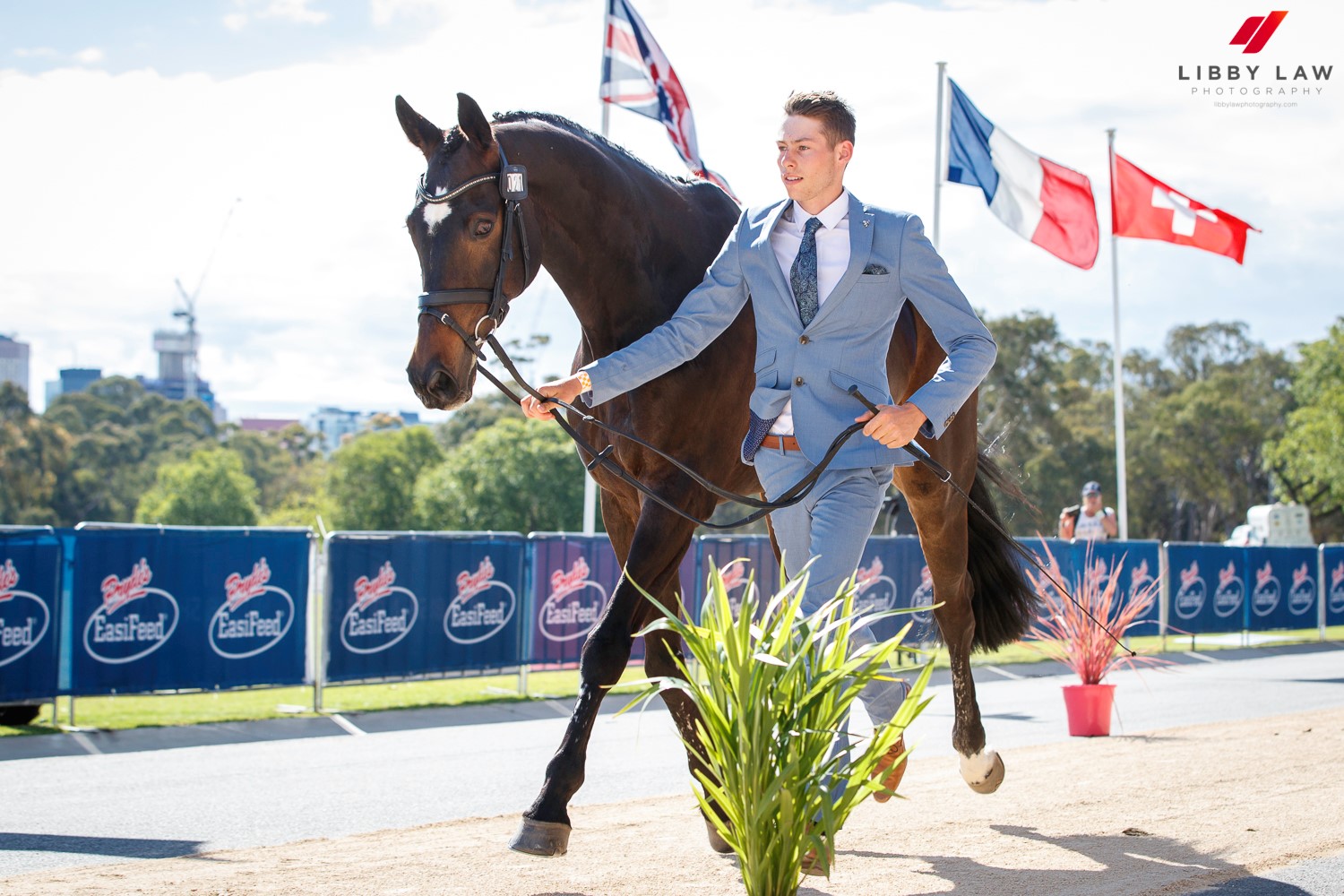 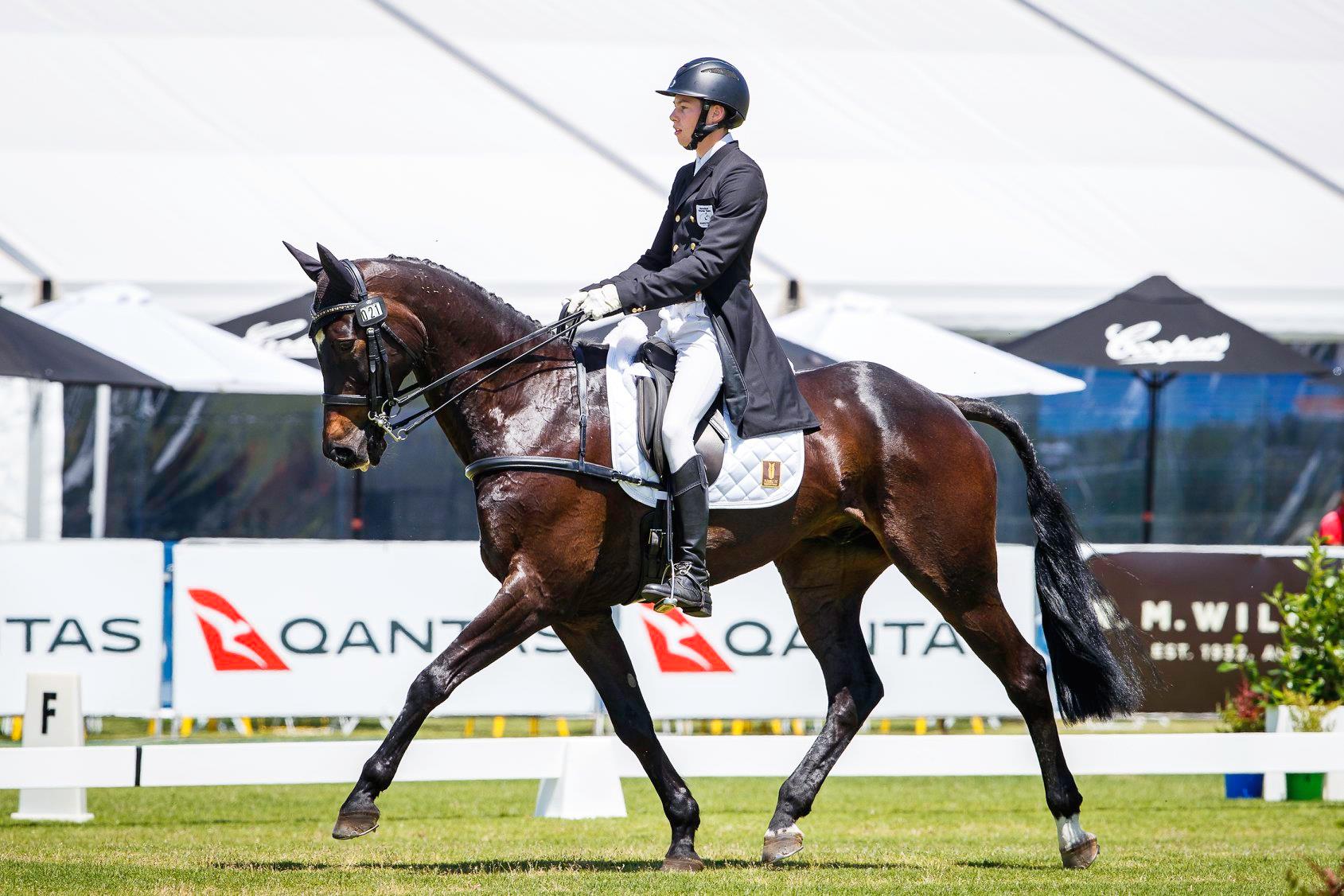 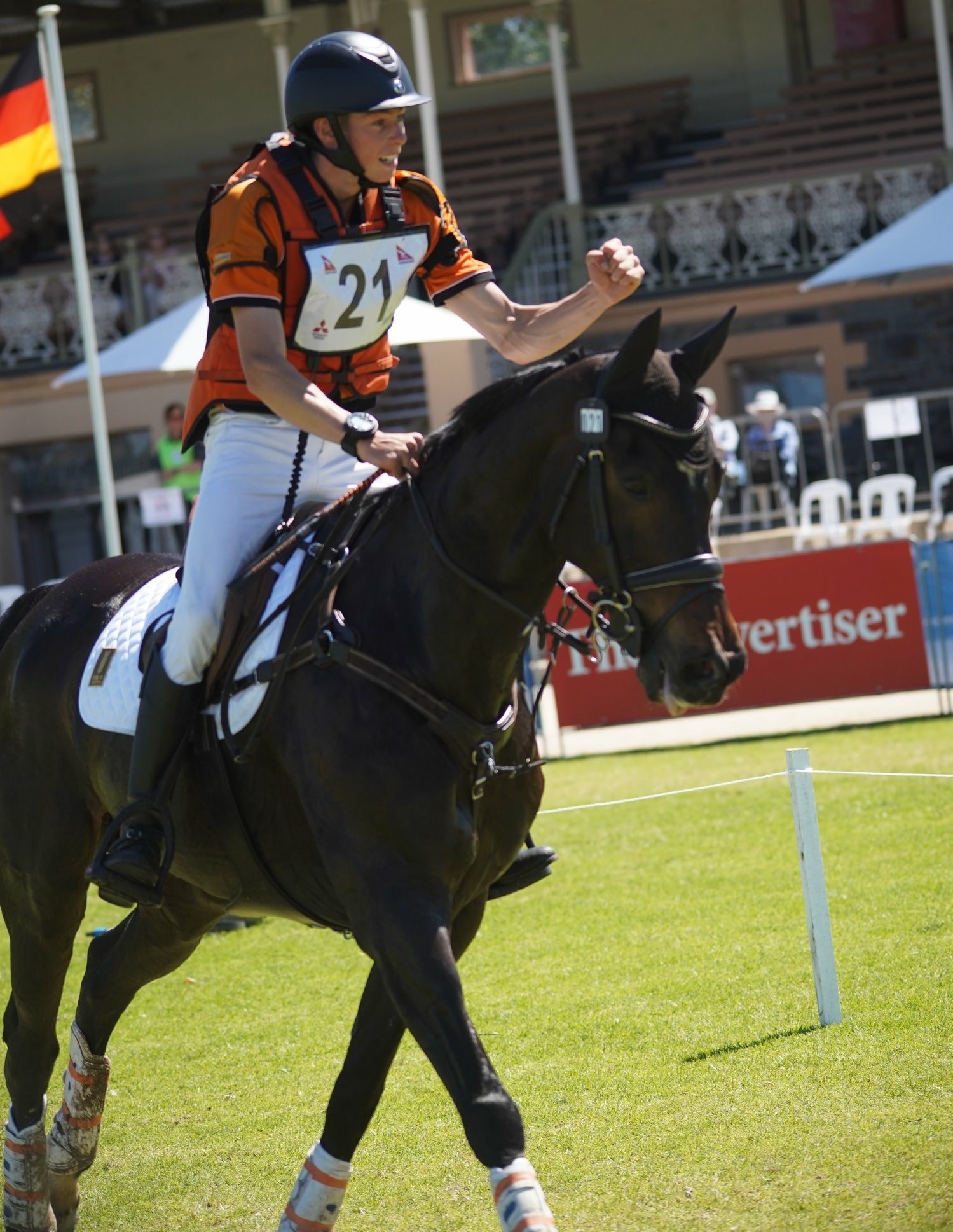 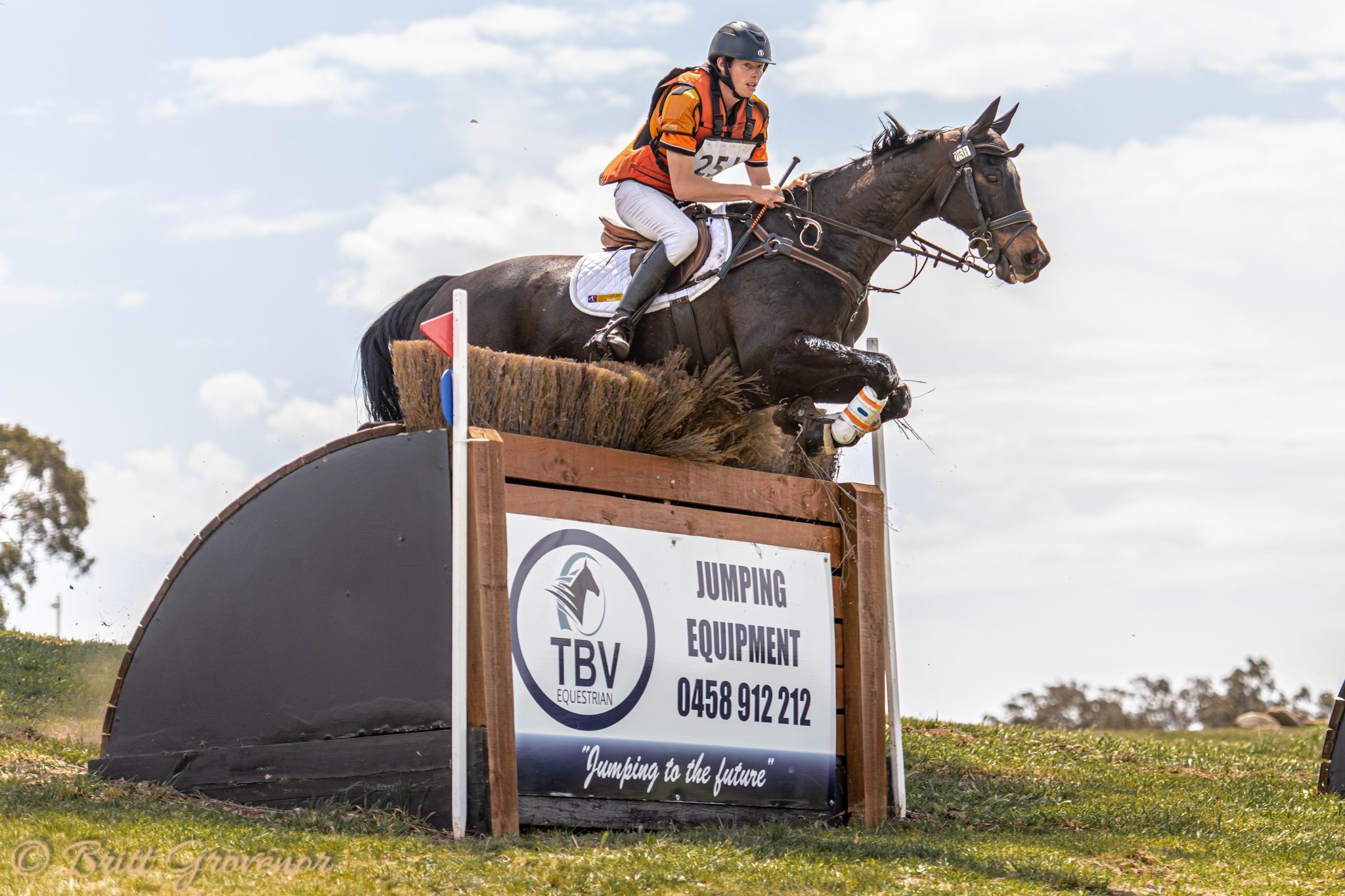 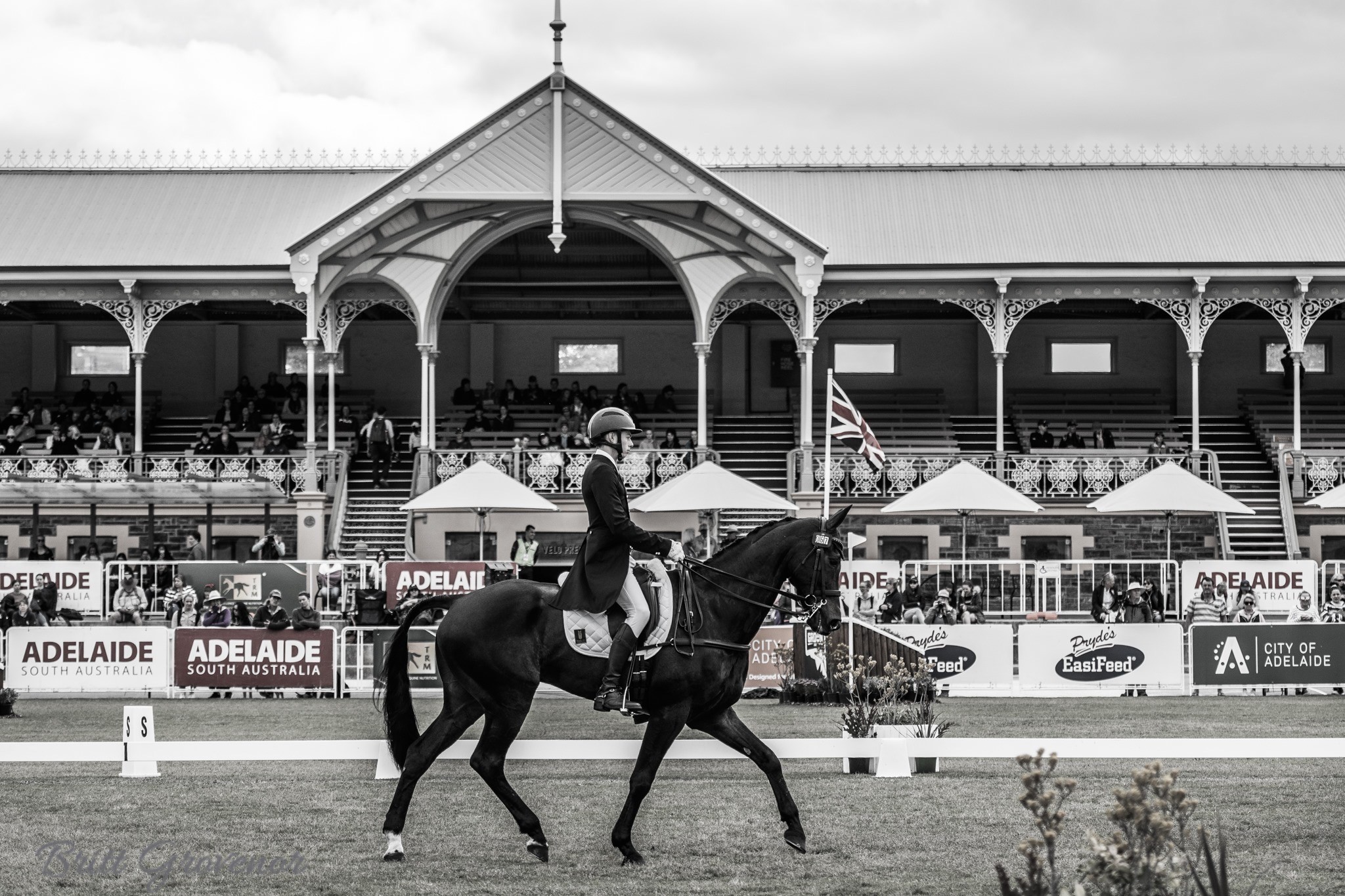 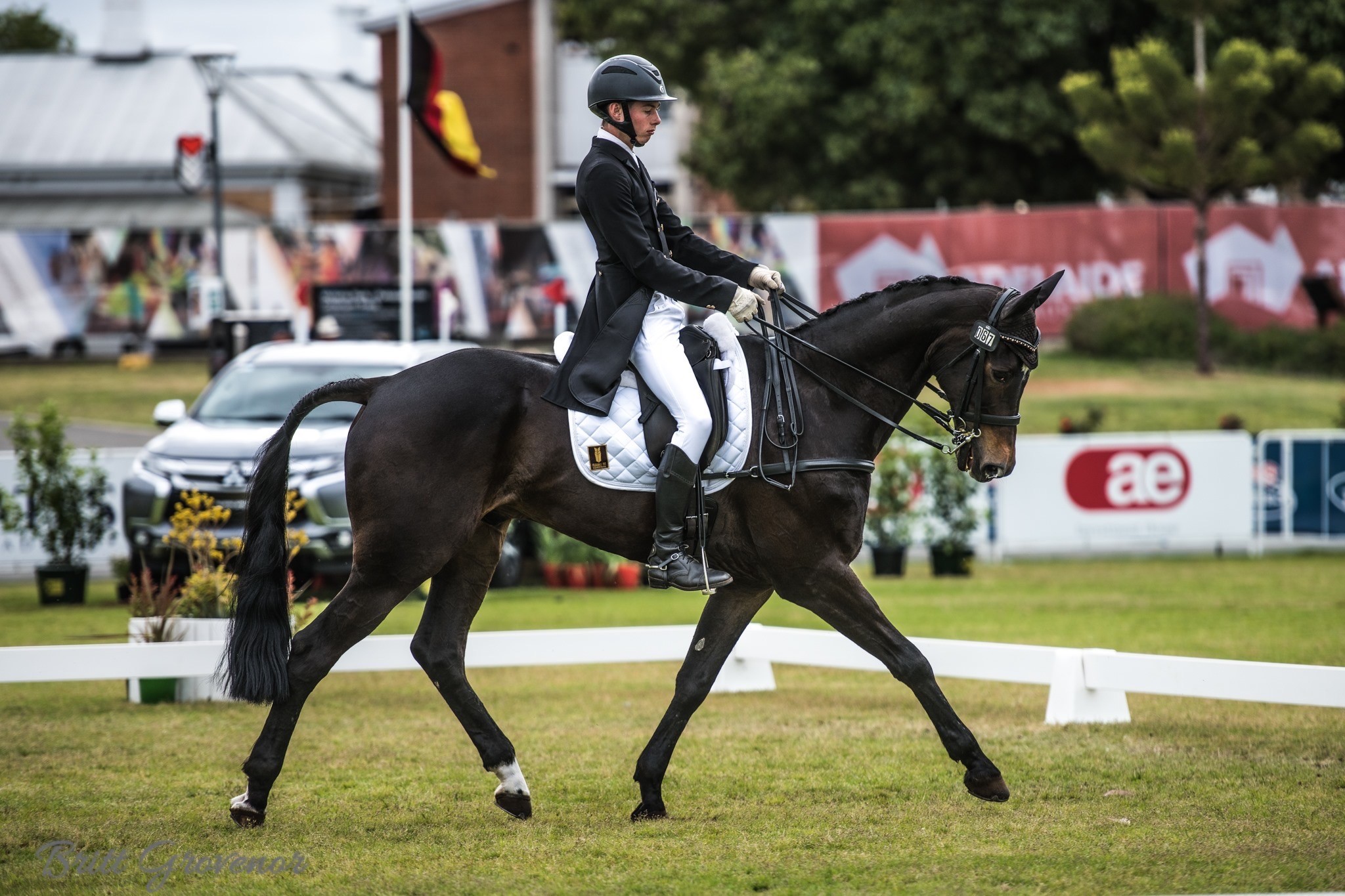 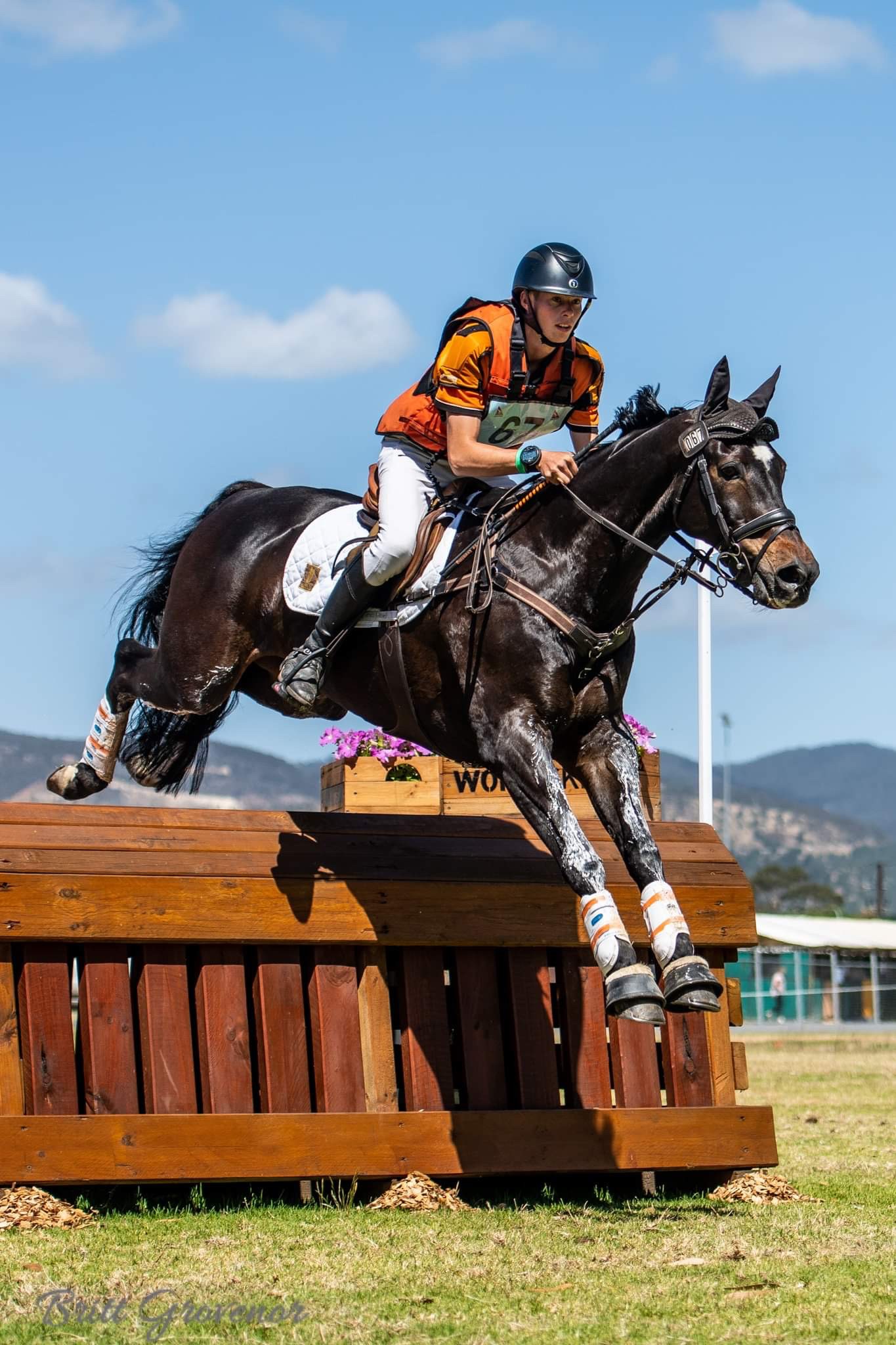 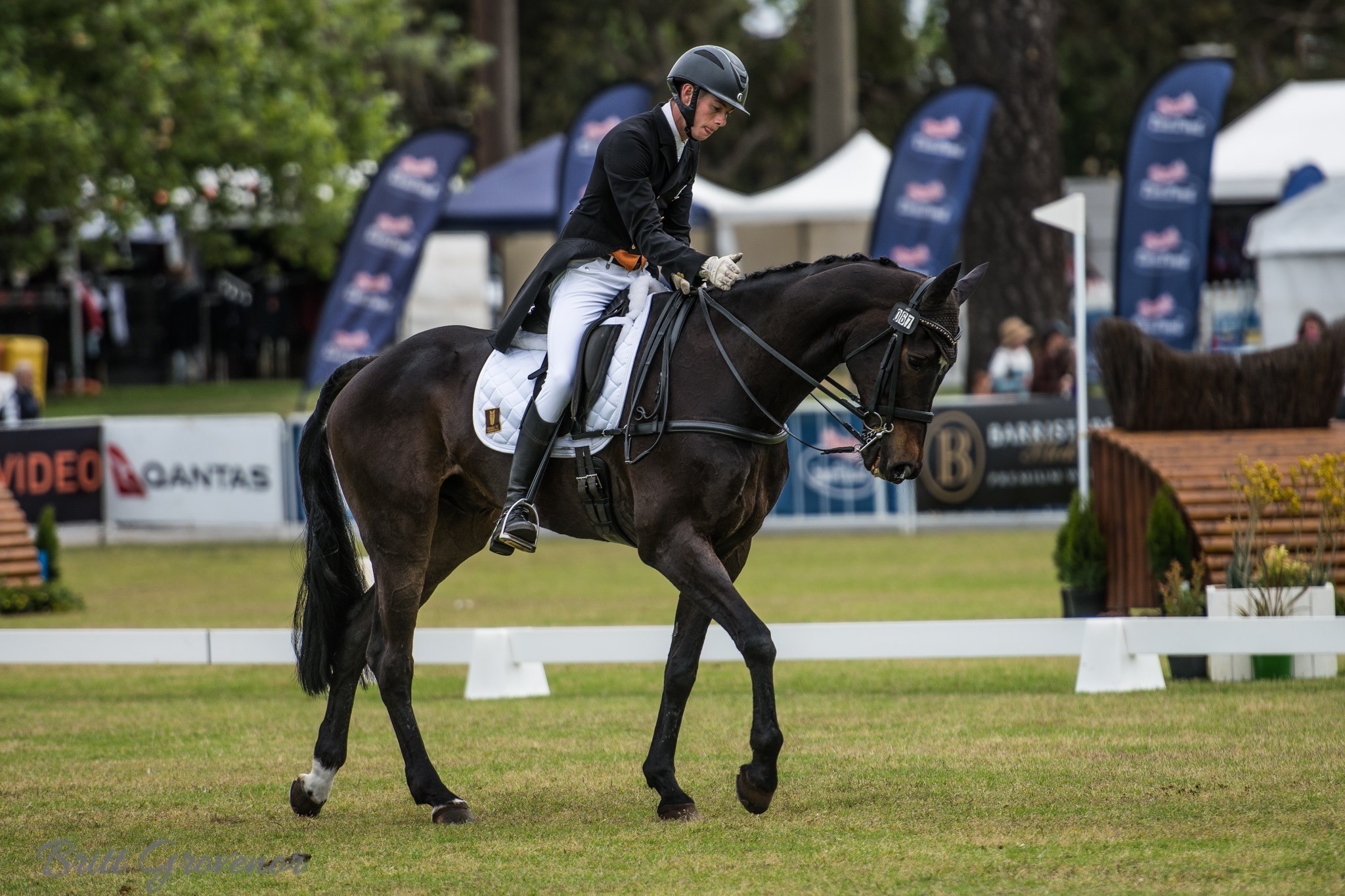