Sam Jeffree is the current National Young Rider Champion in 3 star level at the Australian 3DE, and has his sights firmly set on continuing to compete successfully at the highest international level.

He completed his first FEI event at the age of 14, and in the years following has had exceptional success at 1*, 2**, 3*** and 4**** events on a string of very different horses. Sam’s dedication to his training and horsemanship shows in his consistently good results in all three phases — often leading or in the top few places after dressage to set up for success at events. 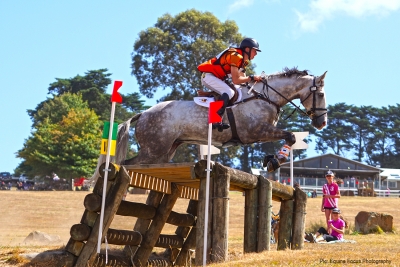 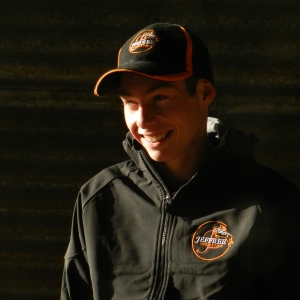 The Story: how Sam’s passion for eventing was ignited…

Sam was interested in horses from a very young age. In his pre-school years he spent a lot of time hanging out with Moffat the pony, who eventually had to move on to his next young rider as he didn’t go quite fast enough for Sam! 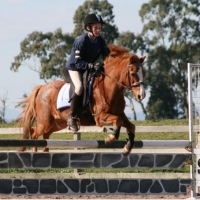 Sam began pony club at the local Macclesfield Pony Club with his feisty chestnut pony Arakei when he was 7 years old. Much to his dismay he discovered it was not possible to compete in horse trials until you were 8 years old… and then much to his delight his wish came true when he was given an entry to a one day event for his 8th birthday, and so it all began. Sam spent over 2 years managing and learning on his naughty pony Arakei, during which time he remained stoically loyal despite offers of a more suitable or better behaved mount. His persistence paid off and in their last year together Arakei and Sam won and placed at almost every event they attended, including being Series Champion in Interschool Showjumping. 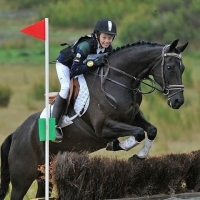 Things started to get serious after that when Sam moved on to Parklands Whizz kid and moved into higher levels.

With “Charlie” Sam qualified for his first PCAV state championship in eventing and showjumping and thereafter competed in the state horse trials championships every year until he was 17. In 2012 Mighty Midget joined the team, and with him Sam completed his first FEI classes, then qualified and completed Melbourne Junior CCI 1 star. Sam’s legs grew and Mighty Midgets legs did not, and so the beautiful warmblood Jaybee Calypso moved to Jeffree Eventing at the end of 2013. Calypso and Sam were a formidable force, taking many accolades in the Interschool, PCAV and EA circuit. 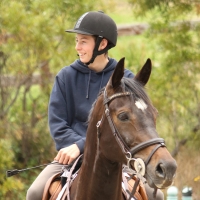 In 2015 Sam and Calypso were the Grade 1 PCAV State Champions, the Reserve National Interschool Champions in Advanced Dressage and the National Interschool Champions in 1 Star Eventing. In the same year, Sam placed on 2 horses in the Melbourne International Horse Trials Junior CCI1* class, was Captain of the Victorian Interschool Eventing Team, and was also named the Victorian Young Eventing Rider of the Year. By now Sam’s team had expanded to include Northern Isaac, and in 2016 Sam took Isaac up to 1 star and notched up several wins with him at that level.

2016 also saw Calypso give Sam his first taste of 2 star (now 3 star) competition, making a successful debut at this level and achieving MERs at Tonimbuk, Wandin and Ballarat Horse Trials. Later that year Sam focussed on dressage whilst completing his VCE exams and took out National Interschool Champion in Prix St George Dressage and National Reserve Interschool Champion in Intermediate 1 Dressage along the way. During Sam’s final school years he began to teach at pony club and also rode horses for others, offering re-education, campaigning, and schooling of horses. Since that time Sam has taken horses on for clients with many successful outcomes, and has completed his NCAS qualifications to expand his teaching and now offers coaching from his home in Macclesfield as well as clinics and rallies.

2017 was the year in which Sam made the decision to ride full time. We welcomed Koyuna Tactician to the team in May, and Sam then proceeded to end the year in fine style!

2018 started with a bang when Sam won the CIC1* class at Tonimbuk Horse Trials with Jaybee Calypso, against a strong field of 40 competitors, and he was also the winner of the Noble Spirit Young Rider Award. Wimborne Conjuror (owned jointly by Fiona Mitchell and Sam) became a new member of the team, a young horse who made his mark early by winning the conformation section of the Young Event Horse class at Dressage and Jumping with the Stars.

Sam also began riding the mare Woodmount Lolita, a mare that left such an impression that she went on to become a permanent member of the team when she was purchased by Fiona Mitchell. At the Melb3DE in June, Sam rode Koyuna Tactician to a glorious 4th place of 89 starters in what was Koyuna Tactician’s first long format competition. By the end of the year Sam had progressed Wimborne Conjuror up to EvA95 level, and had completed a most successful season on Woodmount Lolita, who was now at 1 star level with a most enviable clean jumping record and having either won or placed at every event for the entire year! 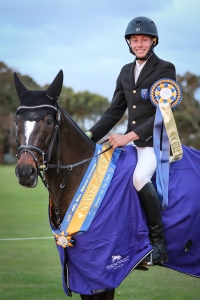 2019 rocketed Sam even further into high level competition, beginning in March with a win in the CCI2** class at Wandin Horse Trials with Woodmount Lolita. Woodmount Lolita went on to win another 2 competitions at this level in the first half of the year, and then achieved a long-term dream of Sam’s by giving him his first win in long format at Melb3DE in the CCI2** class. As if this was not enough, Woodmount Lolita came out at 3 star level at the start of September, and by November had not only qualified and completed the CCI3*** competition of the Australian3DE, but together with Sam they were crowned the National Young Rider Champions!

Between seasons in the mid-year break of 2019, Sam took the opportunity to travel to the USA where he gained valuable international experience working with Olympian Boyd Martin for 6 weeks.

We also welcomed a new team member Santoro (owned by Sam and part-owners including Craig Sanderson Talk Time Psychology, and Mark and Lisa Rudelic), a horse who had previously been at Jeffree Eventing but who officially joined the team in July. Santoro is a super exciting prospect who continues to show growth and aptitude for his new life!

Alongside all of this excitement, Sam was gaining top level experience on Jaybee Calypso at 4 star level. It was both a very sad and happy occasion when the decision was made to retire Calypso in November, he was sound and happy but had given Sam everything he possibly could in what was a long and illustrious career for a top level eventing horse!  Even with this tough call, Sam was looking to cement the future of his team. He worked hard and by the end of the year had gathered a strong line-up of horses with Koyuna Tactician back out in competition, Wimborne Conjuror making a successful debut at 2 star level by the end of the year, and the new kid on the block Santoro improving consistently to finish the year in great style at 1 star level.

…there is much more to come for Sam and the team at Jeffree Eventing, please check out our News page for the latest updates! 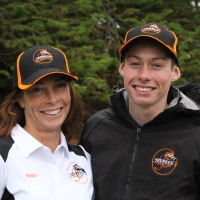 Want to know who else is on the team? Check out our About Us page…